What is the Biblical view for law enforcement type jobs and training? (Part 2)

Posted on August 8, 2019 by thelivinghopeblog

Question: What is the Biblical view for law enforcement jobs and training? (Part 2)

My husband is on a special task force which responds to emergency crisis situations. They train regularly in defense tactics and other violent training in/with active shooter scenarios. It’s similar to other law enforcement agencies and military who train this way. What is the Biblical view for these type jobs and training? It can be gruesome and it does take a toll on a person’s view of people, compassion and mercy, etc. In a world filled with evil that seeks to run rampant, such safeguards are necessary, but I would like to know the Biblical standard for these, especially in shaping how our son views and understands his dad’s job.

Answer:  There is an aspect of every believer’s life on earth that has to do with war because our Heavenly Father has an ancient enemy who was defeated at the Cross, but we have to learn and grow with our Heavenly Father. This growth on our part with Him empowers us to enforce Christ’s victory and His enemy’s defeat.

The Apostle Paul describes real spirit armor for the believer in Ephesians 6:10-18 with the intent to use it in the spiritual war we’re in.

The point is—Father trains us for warfare regardless of our physical occupation.

However, some occupations (such as law enforcement of any kind) face a more sinister, more consistent view of human corruption, darkness and/or death situations—and it does take a toll on them personally, and on their view of people, together with compassion and mercy.

In order to not become jaded, losing our sense of compassion, mercy and goodness, it takes intentionality to shift gears, to cleanse from the daily (or specific) tasks, and to focus on the goodness, truth and grace of God. 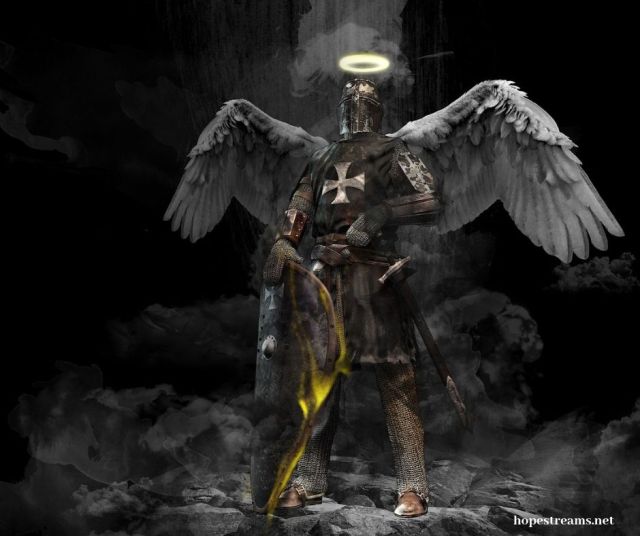 Image by Yuri_B from Pixabay

Billy Graham, the great evangelist, traveled all over the world during his team’s evangelistic crusades and rallies which reached millions. Especially when his traveling schedule intensified, he initiated a routine which began his journey home. He checked himself into a medical clinic where he was evaluated, and specifically attended for several days before returning home.

A spiritual warrior calling and a physical one face many similarities in the essential and complete engagement of the spirit, soul and body, in the strain, and in the need to cleanse before reengaging with civilian life.

Our Heavenly Father gave Moses the protocol for shifting the soldiers out of warfare mode, through spiritual and physical cleansing from their work, with time to prepare them to reengage with their families before returning home. This applies to those in special task forces as well as law enforcement as their work is similar to soldiers.

After battle, Israeli soldiers underwent seven days of cleansing routines, and separation from both the battlefield and home.

It’s not feasible to spend seven days after every “campaign” in life today. However, the key point to note is that there is some time necessary for the men and women in law enforcement type occupations to discharge and disengage from their alert-level and the violence they encountered before reengaging with their families.

For some, that may be going to the gym before going home, or taking extra time on the drive home to pray and/or mentally and emotionally decompress, or having the understanding from their families that they need space and grace when they return home to decompress before reengaging in family life.

Spouses of those in law enforcement can aid this process by: 1. understanding this is a real need 2. leading the family to respect it and 3. praying for their cleansing and shifting between “war and peace” from that demanding work back to family life.

Military commander Joshua lost only two battles of the scores he fought. He was highly successful as a spiritual leader and a military leader. At the beginning of his career, the Father told him how to be successful. Let My word be in your mouth and thoughts in the morning and evening, Joshua 1:8. What we think about, or watch or read, before going to bed, and upon awakening, sets the tone for our sleep and our day.

I recommend playing the Bible on CD or MP3 for your family at night. It’s spirit nutrition. I do advise to be mindful of which portions you chose to play overnight for best restfulness and for young children (Ephesians 1, Colossians 1, and Proverbs are really good picks).

Further, Joshua personally shifted well from war to rest, then worship. He’d learned this practice those years under Moses’ leadership in the wilderness. When Joshua became commander, he led the nation of Israel to do the same. After war, cleanse, then downshift to rest. After rest, upshift to worship and remembrance of the goodness of God and the victories He gave. These intentional shifts are powerful.  They kept Joshua from becoming hardened and jaded by the battles he fought and the atrocities of the practices of the pagan nations that he saw.

Joshua kept excellent, intentional records of Father’s intervention. He wrote down Scripture as it had been given to Moses in his own handwriting. He wrote records, and he led public recitation of the victories of God, His commands, and His commission to the nation. These were all ways that he meditated, remembered, and built his neurological pathways. The personal handwriting cemented the word of God inside the brain of Joshua which directed his neurological pathways, as it will for anyone who will intentionally listen and record. He truly was the successful spiritual and military leader that Father wanted him to be—and his “how to” is recorded right here for us to emulate.

Each question is thoughtfully and prayerfully addressed. We appreciate your patience and grace with the time it takes to answer your questions. Send yours here and we’ll get it in the queue.

Crystal and Stephen Wade, owners of Hope Streams, received a commission from the Father to connect the generations to Him and to each other so that they can: Start well. Live well. Recover well. Build well. Finish well. As part of that commission, they release materials to assist people of all ages in connecting to The Perfect Parent. The couple carries the Father's passion to position the next generation to be grounded in His truth and love so they can fly in the Spirit. To that end, their family launched Let’s Wade In, a media portal, which is both a community for children, tweens and teens to be mentored and a tool for parents and caregivers to anchor students in truth and love so they can fly in the Spirit. They have three wonderful sons. www.hopestreams.net
View all posts by thelivinghopeblog →
This entry was posted in Honored Parents Q&A and tagged Biblical worldview for law enforcement, families in law enforcement, purity and peace, soldiers and their children, soldiers and their families, soul, spirit. Bookmark the permalink.