Posted on September 15, 2017 by thelivinghopeblog

I’m pleased to welcome my friend, Nicole Jansezian, to our blog community porch today. She’s living real hope in real time with her oldest son who is a V.I.P. A Very Important Person who happens to have Down’s Syndrome.

Revolutionary Theology: Therapy for the Spirit

Having a child with special needs revolutionized my theology. It had to.

I remember sitting uncomfortably, my husband and I, outside the NICU. Our first child, Daniel, was less than 24 hours old. The head doctor of the NICU and a social worker broke the news to us that Daniel had Down syndrome. And then they proceeded to explain how this would dramatically change our lives and how we should “readjust” (lower) any expectations we originally had for Daniel.

Depressed and defeated, we went along with their report.

And with that we entered what I call “the dark cloud period.” Despair and hopelessness clouded those first few months. Nevertheless, we functioned as we were expected to and saw all the requisite doctors and therapists, underwent evaluations and even had some hospital stays.

All along I wondered, we had blessed Daniel from the moment we knew of him in the womb. So how could this happen?

Spirit is NOT Handicapped!

Slowly, and with much grace, we emerged from the dark cloud. Our eyes began to focus better. And then we observed something interesting: Daniel was getting physical, speech and occupational therapy — all designed to jumpstart his physical and cognitive responses and abilities. His body and his mind were excellently cared for by professionals who know their work. But wasn’t Daniel also and firstly spirit? And yet he wasn’t receiving therapy to nurture his spirit to excel and lead the way (1 Thes. 5:23).

And then it dawned on me: Daniel’s spirit is not handicapped!

Suddenly, therapy sessions that once pointed out Daniel’s weaknesses, thus sending me into a spiral of despair, became my strategy. If a therapist pointed out a problem, I went to Scripture to find the counteracting solution.

This first happened when a physical therapist noted that at a couple months old, Daniel heavily favored his left side. This would lead to a domino effect of developmental delays. I felt the tug of depression beckoning me downward. Why can’t my baby use both sides equally? Why is his right side weaker? Gently, the Lord pointed out that this was the enemy showing his cards. And because of his brazenness, we knew the battle plan!

As we came up against more milestones that Daniel should’ve been meeting, we mapped out spirit “therapy” to run parallel with his regular therapies. Standing: “…you may be able to stand your ground.” (Ephesians 6:13) Walking: “Rise up and walk.” (John 5:8). Now we are on a therapy course for listening and understanding.

Daniel, like all of us, is created in the image of God. All Scriptures apply to all of us. Daniel is not ineligible for some of them just because he has a chromosomal disorder. Does Daniel not have the mind of Christ because he faces mental challenges? No way. The doctors told us that Daniel would be last among his typical peers. But the Bible says otherwise: “The Lord will make you the head, not the tail” (Deuteronomy 28:13). 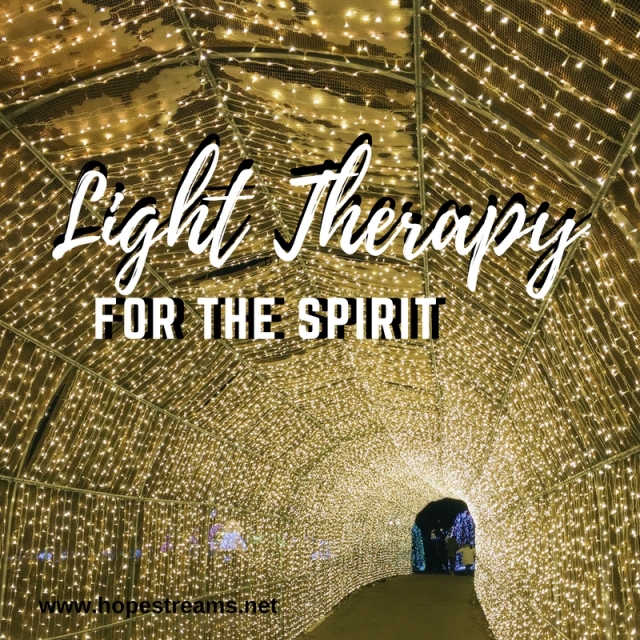 Who Will Parents Choose to Believe?

It is vital for Daniel’s development that we as his parents choose to believe the report of the Lord and then bless our son accordingly so he can internalize God’s word for him. Yes, we encounter despair and doubts, and we always question if we are doing enough. More often than not.

But our perspective is changing: When we look at someone from the spirit first, ignoring their outward appearance, inabilities or even their superb capabilities, we can see them for what they are truly capable. Suddenly, someone who cannot speak has much to say. Someone who cannot walk can soar in the spirit.

Many spirits are neglected or wounded because we put more stock in the body and mind. If our spirits are nurtured though, we are limitless, “for God gives the Spirit without limit” (John 3:34). To us all.

Daniel is now 7 years old, and while we can’t claim he’s been the first to do something or break any records, we can say that his spirit speaks loudly and articulately – even without words.  The director of the day care Daniel attended a few years ago once told me, “I don’t know what it is about Daniel, he just has such a light in him.”

A Letter from Nicole for Parents of Children with DS

Congratulations on your pregnancy and upcoming baby! I remember that after our oldest son Daniel was born (he’s 7 now), it was a few weeks before any medical professional congratulated us on our new, and first, baby. Finally when someone in the medical world enthusiastically and genuinely said congratulations, it stood out so starkly and at that moment I realized it had been missing. That’s where the medical field gets it all wrong and it makes me so mad in retrospect — how dare they NOT congratulate us on our child. I was dragged along with their bad and dismal attitude. I just want to say to you: There is nothing wrong with your baby or with you! Don’t let anyone make you feel bad!

I can imagine the range of emotions you are experiencing. We had our own. I called it “the dark cloud period” and it lasted several months. Now I think, if I knew then what I know now, I would’ve enjoyed those first moments rather than allow stress and depression to overwhelm me. Easier said than done, but in retrospect I feel I was robbed of precious time with my son as a pure and innocent baby — with no labels.

While life is not easy and will be wrought with challenges, there’s so much more hope out there than is offered to us by doctors. I’ve joined a few parent-led groups on Facebook that have been so helpful. They are: The Down Syndrome Action Plan and Trisomy 21 Research. Feel free to join those now and start learning what you can do. Also here’s a great place to start: http://dsdaytoday.blogspot.co.il/p/start-here.html. This blog is by a mother who is one of the leaders in alternative therapies and supplementation.

There is a company called Nutrivene that makes vitamins specifically targeted to the biochemical differences in people with T21: https://www.nutrivene.com/index.php. I think they also have a prenatal or tell you what to take while pregnant.

Also, if you do buy into this philosophy, this is what can give you the most hope: While all of our bodies and minds have limits (we’re not all Olympic athletes or nuclear physicists), our spirits know NO LIMITS! Treat your baby, relate to your baby through his or her spirit first. They will soar!

As hard and shocking as this all is — and believe me I know! — I hope that unlike my husband and I, that you can get to enjoy this time in your lives and celebrate your baby. It’s so hard, but you are going to be this baby’s biggest advocates, spirit, soul and body.

Daniel, my son, in his own words: www.thebabyblogsbydaniel.com

On his blog, The Baby Blogs by Daniel, he recounts his adventures from his home in Jerusalem, Israel. Aside from working on Daniel’s blog, Nicole Jansezian has worked for Shalva, an amazing center for special needs children in Jerusalem where Daniel received all his original therapies. Nicole has been featured on House of Destiny with Kim Clement–as Daniel introduced Kim to Shalva. Nicole’s work, as a news and features journalist, has appeared in Charisma magazine, Newsmax, and the Jerusalem Post among other publications.

Crystal and Stephen Wade, owners of Hope Streams, received a commission from the Father to connect the generations to Him and to each other so that they can: Start well. Live well. Recover well. Build well. Finish well. As part of that commission, they release materials to assist people of all ages in connecting to The Perfect Parent. The couple carries the Father's passion to position the next generation to be grounded in His truth and love so they can fly in the Spirit. To that end, their family launched Let’s Wade In, a media portal, which is both a community for children, tweens and teens to be mentored and a tool for parents and caregivers to anchor students in truth and love so they can fly in the Spirit. They have three wonderful sons. www.hopestreams.net
View all posts by thelivinghopeblog →
This entry was posted in Living Hope, Parenting and Our Children's Spirits and tagged children, Down's syndrome, light therapy, Living Hope, nurture, special needs, spirit, spirit needs, strategy. Bookmark the permalink.

1 Response to Living Hope for Children with Special Needs