Babies on Board: MAN the Cannons!

Posted on June 20, 2019 by thelivinghopeblog

“A baby is one of God’s greatest miracles,” inscribed a friend in her card welcoming our first son into the world.

All our Heavenly Father’s hopes and dreams—and the answers to the prayers of multitudes through the generations—are wrapped up inside the spirits of babies. With love and nurture, and many times without much of either, babies grow and become children, tweens, teens and adults who positively impact the world.

In fact, babies alone scare the Father’s ancient enemy as their indistinguishable cries and sounds of praise remove the avenger of blood and a variety of foes set against their families and beyond (Psalm 8:2). Further, our Heavenly Father’s ancient enemy knows more than we do (even as believers) about the value of babies, and their eternal treasures, which is why he’s run a campaign to steal, kill and destroy them.

Abortion is not a political issue.

At its human root, it’s fear and pride, and their multitude of woundings. Father, forgive us. At its demonic root, it’s child sacrifice. Father, deliver us.

There was always a war over the babies—and I’m speaking in larger terms than Moses’ time, Jesus’ time, and the time since the gate opened in the USA to abortion through Roe v. Wade.

Every single baby from Cain onward entered earth through a battle zone in his/her mother’s womb. 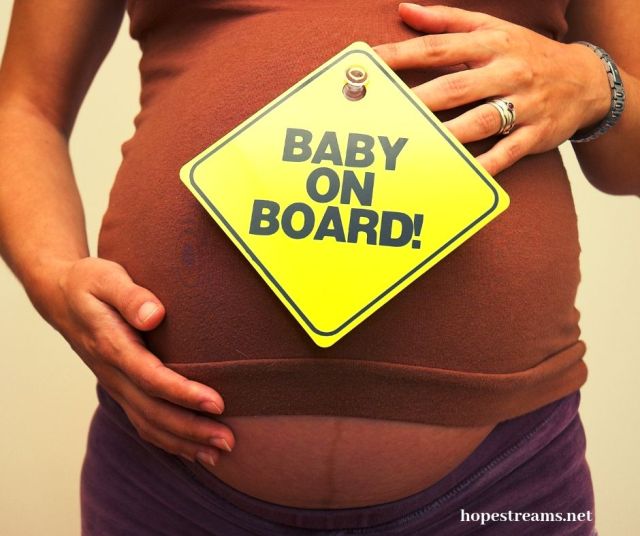 (Please note, if you’re expecting or wanting to expect a child, the baby can be shielded from the battle by dedication to the Father, praise, prayer, spirit nurture, your awareness, and maintaining privacy in public places such as social media. If this message prompts your spirit that you or your child have suffered damage through the battle, start with Jim and Pat Banks’ Healing Trauma Prayer. Also, our spirit blessings through Hope Streams are available to build and to heal.)

Yes, the war starts at conception.

Our babies have been fighting in the womb.

By virtue of your existence, you did, too. You may still have some battle wounds from that time that are affecting your life now. Yet, I congratulate you and your parents that you made it.

Now, at this pivotal moment in time, we face a battle to man the cannons to defend those who cannot yet speak for themselves (in our language.) Their language is heard on High, and Father has heard it all. God help us.

“I have set before you life and death, blessings and curses. Now choose life, so that you and your children may live and that you may love the LORD your God, listen to His voice, and hold fast to Him.” Deuteronomy 30:19 [bold, mine]

Today, you can speed justice by:

Together, we ask You, Father, to set up Your shield around every baby in the womb. We’re asking that You give greater grace, more angels, Your strength, and all that is necessary in Heaven and on earth for their life preserved and abundant—which is an expression of YOUR life—in the mighty name of the Lord Jesus Christ, amen.

Be ready, Friends. Father is on the move on behalf of His little ones—the very ones who are the answers to our prayers. Recognize the battle and man your cannon with spiritual action.

Crystal and Stephen Wade, owners of Hope Streams, received a commission from the Father to connect the generations to Him and to each other so that they can: Start well. Live well. Recover well. Build well. Finish well. As part of that commission, they release materials to assist people of all ages in connecting to The Perfect Parent. The couple carries the Father's passion to position the next generation to be grounded in His truth and love so they can fly in the Spirit. To that end, their family launched Let’s Wade In, a media portal, which is both a community for children, tweens and teens to be mentored and a tool for parents and caregivers to anchor students in truth and love so they can fly in the Spirit. They have three wonderful sons. www.hopestreams.net
View all posts by thelivinghopeblog →
This entry was posted in Body of Christ, Connected Parenting, Helping Children, Tweens and Teens, Intercessors, Prayer Strategy (Nations), Prayer Strategy (Personal), Repair the Generations and tagged babies, choose life, fight for babies in the womb, nurture babies in the womb. Bookmark the permalink.