Posted on December 15, 2017 by thelivinghopeblog

A Moment in Time

“For the kingdom of God is not a matter of eating and drinking, but of righteousness, peace and joy in the Holy Spirit because anyone who serves Christ in this way is pleasing to God and approved by men.”  Romans 14:17-18

Jesus stood in front of his disciples and said some confusing words. He told them that the kingdom of God was inside them (not outside in the city).

The reason this confused them rested on the fact that Jesus was saying the opposite of what they had been taught to believe. By reputable sources, might I add.

It may be easy, from our historical vantage point, to dismiss the crisis that Jesus’ teachings often threw the disciples into.  Yet, the fact that they stayed with Jesus is credit to their spirit-centered faith. This was true faith because their minds did not understand, and were confused by, many things he taught.

Social and religious life in ancient Israel pivoted around the synagogues (satellites of religious training) and Temple (central hub).

Pre-cross meant pre-Holy Spirit for most (there were exceptions). It’s important to keep in mind that the Holy Spirit is the One who helps us understand.

In ancient Israel, pre-Holy Spirit, teachers studied the Scriptures to understand the Father and the way He wanted them to live.

Roman national oppression of sovereign Israel created a spiritual atmosphere of expectancy for Messiah, one like King David, to appear.

All systems on go! cheered the disciples. They were filled with expectancy based on the arrival of Jesus and the teachings of their elders.

That honest misinterpretation of Scripture created a neurological thought pattern that did not have the capacity to understand the plain words of God in person.

Neuropaths are groups of nerves dedicated to a thought pattern. It’s literally like a road, or a path, in the brain. Thoughts form patterns, or neuropaths, in our brains which look like trees. The negative groups look like black, ugly trees. The positive ones look like green, beautiful trees.

The Father hard-wired us for love, wrote neuroscientist Dr. Caroline Leaf. We have to learn negative patterns such as fear.

So where are some places we learn them?

From our primary caregivers

From our interpretation of things that happen to us 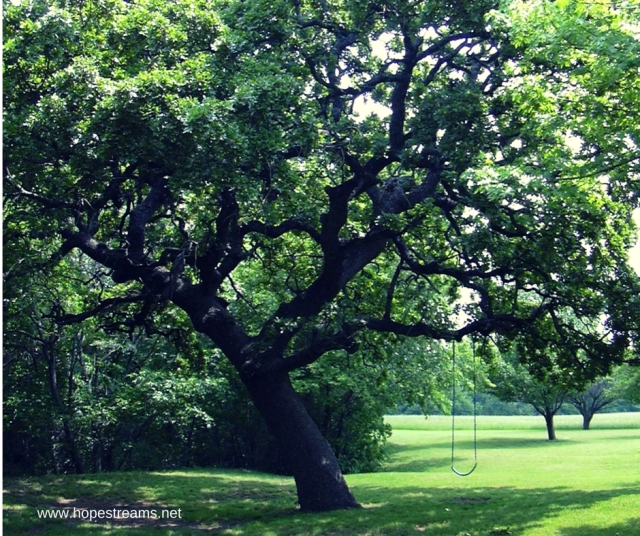 So, back to the Kingdom. Jesus told the disciples to go inward in their relationship with the Father like He was modeling. He said that the Kingdom of God was inside them.  Their neuropaths did not compute that information byte because their thought patterns were trained to believe that Messiah would come and restore the physical Kingdom on the outside like David did. (And He will. That time is ahead of us. But, first, He had to suffer.)

After Jesus suffered just like He told them, they still did not possess the mental capacity to understand His words. Having already sent eye-witnesses of His resurrection, their minds (hearts also have a mind!) did not have the ability to believe what they heard. He physically had to enter the room in person, teach them, and then open their minds, so that they had the capacity to understand.

The good news is that the disciples’ minds did get in gear with the faith in their spirits!

But this very process gives us insight into how they, and we, can actually block the work and will of the Father by the training we received in whatever belief system we learned from.

The Apostle Paul expanded our knowledge of what the kingdom of God looks like on the inside–righteousness, peace and joy in the Holy Spirit. These are invisible roots, thought patterns, that govern the growth and expansion of the visible tree.

Where Do We Go from Here?

This window of grace in time is a key opportunity to adjust thought patterns (dedicated neuro-paths) to the truth-light of Jesus.

Beyond this time, we stand on the cusp of the third great awakening.  The Father always saves the best for last.

He’s ready for His Kingdom to be firmly solidified in our hearts and minds. From that point, as believers, we will join hands with other believers, following the leadership of the Holy Spirit, and His Kingdom will be seen among us.  As in, not just the invisible root system, but the actual visible tree with nice big fruit.

There’s been a long preparation season for this time. Father wants His Kingdom to be visible in the culture, and to transform the culture. The disciples did this. The reformers did this.

That’s where we are, again!

Here’s a startling thought.  We can block the Father’s work in our lives. We ourselves (neuropaths) can be the biggest barrier to His work!

We don’t want to come to this moment in time and to miss it because of long-standing thought patterns (be those in our heads or hearts) which have the ability to block the will and work of the Father.  The good news is that HE doesn’t want us to miss it, either!

He will get the job done. It’s time. But, we want to make ourselves ready so we can move with Him as the Kingdom moves out of our hearts and into visibility.

It’s time for the collective Kingdom within to make tangible verifiable impact on cultures with righteousness, peace and joy in the Holy Spirit.

“Father, thank You that I can come to Your throne in the Name of the Lord Jesus Christ. Thank You that it is Your will that Your righteousness, peace and joy be my heart-beat and my gift to bring to the table with other believers to effect Your Kingdom on earth as it is in Heaven.

Please shine Your light and reveal the thought patterns, the neuropaths, that I have been trained in from my caregivers, my own misinterpretations, and my heritage of knowledge from religious, educational, etc. entities. I don’t even know where they all are! But, I invite You in to my mind and the mind of my heart to reveal and remove blockages, and adjust me into alignment with You, Your will, Your ways, Your work, and the way these look, specifically, in my generation. Help me be solid in Your truth, but adjustable by Your Holy Spirit. Grant me grace and mercy to face and release the thought (and heart thought) patterns that need to be known. Please flush out the toxic ones in me which aren’t necessary to be known, and the ones that block Your work and will from being accomplished in and through me. I want to work with You and not against You.

Please touch my mind (and the mind of my heart) like Jesus did the disciples and open it, so I can understand what You have already been working towards my grasping. I ask that You would tenderly guard this adjustment process as it works its healing change through my whole being. Help me to quickly recognize and work with Your voice of adjustment through dreams, others, Your Word, Your Spirit, and any pure source You choose to speak through. I want to be adjusted and aligned with Your work and will for my particular time in history. I want to work with You and not against You, so that Your Kingdom is expanded on earth as it is in Heaven, and my life has maximum impact on earth, for eternity. In the name of the Lord Jesus Christ, Amen.”

Crystal and Stephen Wade, owners of Hope Streams, received a commission from the Father to connect the generations to Him and to each other so that they can: Start well. Live well. Recover well. Build well. Finish well. As part of that commission, they release materials to assist people of all ages in connecting to The Perfect Parent. The couple carries the Father's passion to position the next generation to be grounded in His truth and love so they can fly in the Spirit. To that end, their family launched Let’s Wade In, a media portal, which is both a community for children, tweens and teens to be mentored and a tool for parents and caregivers to anchor students in truth and love so they can fly in the Spirit. They have three wonderful sons. www.hopestreams.net
View all posts by thelivinghopeblog →
This entry was posted in Body of Christ, Prayer Strategy (Nations), Prayer Strategy (Personal), Time and Timing and tagged heart, kingdom, mind, spirit, time, timing. Bookmark the permalink.